While Atlanta and Houston artists were establishing their cities as Southern strongholds, Rick Ross put Miami back in rap's national spotlight with "Hustlin'" (2006), the platinum introduction to a uniquely larger-than-life character with gruffly delivered tales about the spoils and pitfalls of drug trafficking. The rapper became not only a hip-hop fixture but an unlikely pop star as well. Debut smash Port of Miami, and all nine of Ross' subsequent studio albums, including the Grammy-nominated God Forgives, I Don't (2012) and Port of Miami 2 (2019), have entered the Top Ten of the Billboard 200, promoted with high-rolling, RIAA-certified singles such as "The Boss" and "Aston Martin Music." Through his own label, Maybach Music -- the name of which has been imprinted on virtually every Ross recording since 2009 -- Ross has boosted the careers of fellow artists Gunplay, Wale, and Meek Mill. His multitude of guest verses have likewise supported hits by the likes of DJ Khaled (beginning with "We Takin' Over"), Kanye West ("Monster"), Maybach's French Montana ("Pop That"), Ace Hood ("Bugatti"), and Chris Brown ("New Flame").

The Clarksdale, Mississippi-born William Roberts grew up in Carol City, Florida, an impoverished northern suburb of Miami. Influenced by artists like Luther Campbell and the Notorious B.I.G., Roberts began rapping in the mid-'90s and formed a local group, the Carol City Cartel. Taking his performing name from Los Angeles drug kingpin "Freeway" Rick Ross, Roberts had a brief stint on Houston's Suave House Records, former label of 8Ball & MJG, before he ended up on Miami-based Slip-N-Slide Records, the label home of Trick Daddy and Trina. During the early to mid-2000s, Rick Ross the rapper became popular and well-known locally through touring with Trick Daddy and appearing as a guest on a few Slip-N-Slide releases.

Once "Hustlin'," Ross' Runners-produced debut as a lead artist, caught the ears of music executives, a bidding war ensued that included offers from Bad Boy CEO Sean "Diddy" Combs and the Inc (formerly Murder Inc.) president Irv Gotti. Nonetheless, Def Jam president and veteran rapper Jay-Z signed Ross to a multi-million-dollar deal. A Miami anthem, "Hustlin'" was given a new life with Def Jam backing. Gold and a number seven R&B/hip-hop hit by the end of June 2006, it reached platinum status in August, the same month Ross released Port of Miami, his Billboard 200-topping LP debut. The album's commercial longevity was extended by the Scarface-referencing "Push It," Ross' second Top Ten R&B/hip-hop single. Two more chart-topping albums, 2008's Trilla and the next year's Deeper Than Rap, made Ross a bankable artist with "The Boss," "Here I Am," and "Magnificent" adding to his sum of Top Ten R&B/hip-hop entries. Linked with Def Jam long term and still affiliated with Slip-N-Slide, he also launched a label of his own, Maybach Music Group. Furthermore, he was called upon by numerous fellow headliners for guest verses. Khaled alone scored with Ross-assisted triumphs such as "We Takin' Over," "I'm So Hood," and "Out Here Grindin'."

Ross' grip rarely slackened throughout the 2010s. During the decade's first half, he narrowly missed the top of the Billboard 200 with 2010's Teflon Don, only to crown the chart again with 2012's God Forgives, I Don't and 2014's Mastermind. He also earned his first Grammy nominations. "I'm on One," yet another Khaled track, was up for Best Rap/Sung Collaboration, and God Forgives was later nominated for Best Rap Album. Frequently heard at least once during any given hour of urban contemporary radio programming, Ross expanded his hits list with tracks such as "Super High," "B.M.F. (Blowin' Money Fast)," "Aston Martin Music," and "Diced Pineapples," co-starred on a stream of airwaves staples by Khaled (including "All I Do Is Win"), Kanye West ("Monster"), Lil Wayne ("John"), Ace Hood ("Bugatti"), Chris Brown (the Grammy-nominated "New Flame"), and Maybach signees Wale, Meek Mill, and French Montana. Additionally through 2014, Ross steered three volumes of the Maybach compilation series Self Made into the Top Ten of the album chart. Maybach was similarly successful with artist albums from Wale, Meek, and Montana, plus Hood Billionaire, Ross' second album of 2014 and his fifth solo LP to top the Billboard 200.

From 2015 through 2019, Ross placed only one more headlining single in the R&B/hip-hop Top Ten, and it was for Suicide Squad: The Album -- "Purple Lamborghini," a Skrillex collaboration nominated for a Grammy in the category of Best Song Written for Visual Media. However, Ross continued to ride high with singles on which he was featured -- Khaled's "Do You Mind" was the most successful of all -- and his LPs. After the number six hit Black Market closed out his Def Jam era in 2015, Ross signed with Epic, thereby reconnecting (albeit briefly) with former Def Jam executive L.A. Reid.

Ross' new chapter officially started in 2017 with the number three entry Rather You Than Me. It continued in 2019 with Port of Miami 2. The sequel to his debut continued his career-long streak of Top Ten albums and was his most personal recording yet, reflecting upon the death of longtime associate and manager Black Bo and a personal health scare, two major setbacks he had experienced the previous year. The album's Drake-assisted single "Gold Roses" scored a nomination for Best Rap Song in the 2020 Grammy Awards. Several collaborations marked Ross' output that year including "Entanglement" with August Alsina and "Pinned to the Cross" featuring Finn Matthews. 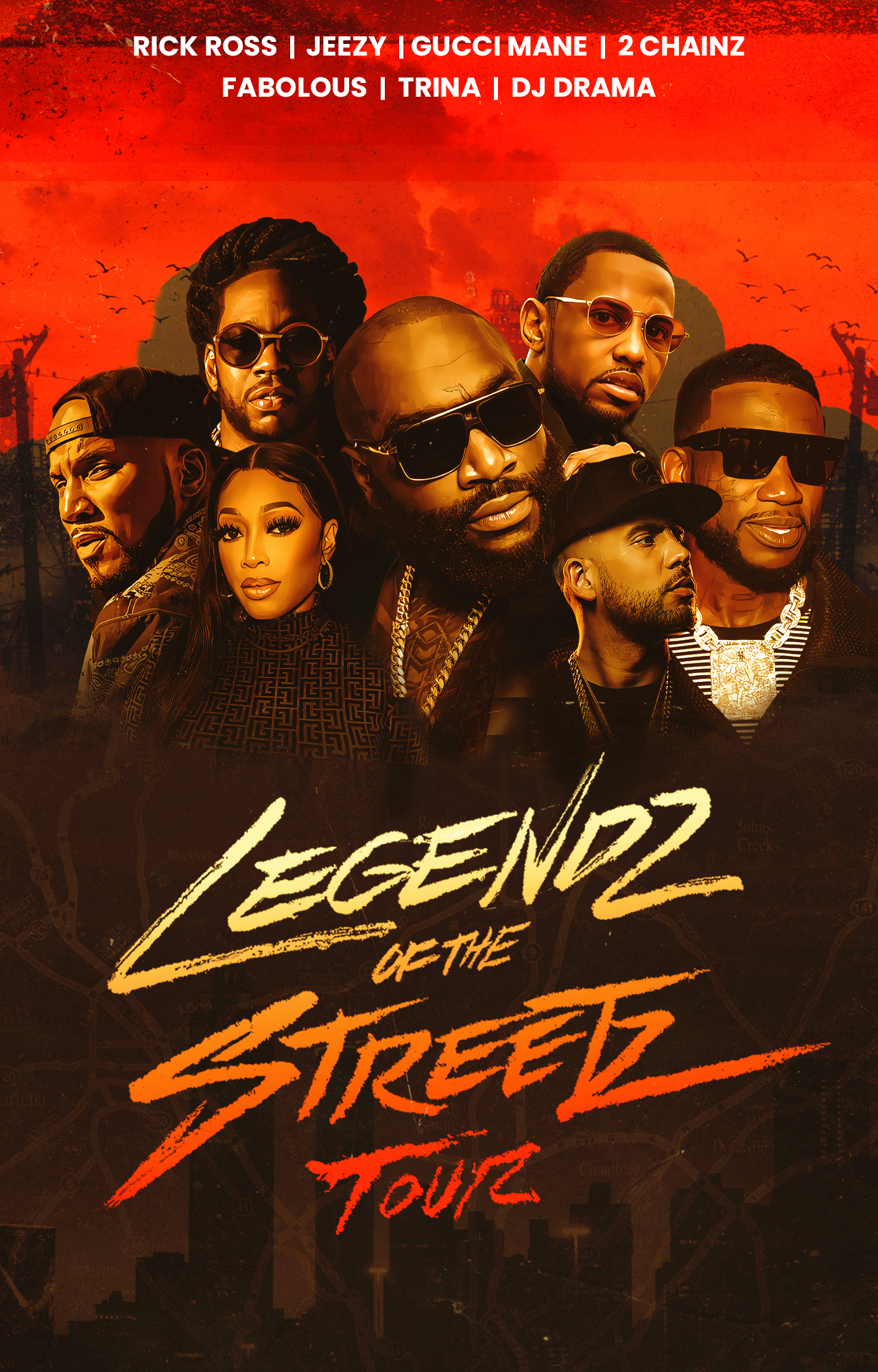