2 Chainz is the stage name of Atlanta rapper Tauheed Epps, once known as Tity Boi in the Atlanta-based Playaz Circle. Epps launched a successful solo career in 2010 and began issuing a parade of Top 40 hits while becoming a go-to artist for guest verses. His breakout year was 2012, when he landed on Kanye West's "Mercy" and Nicki Minaj's "Beez in the Trap" before dropping his official debut, Based on a T.R.U. Story, for Def Jam. With three platinum hits -- "No Lie" featuring Drake, "Birthday Song" featuring Kanye West, and "I'm Different" -- the album hit number one on the Billboard 200, and easily reached platinum status. 2 Chainz continued to dominate the charts throughout the next decade, consistently hitting the top ten with albums like 2017's Pretty Girls Like Trap Music and material from his 2020 record So Help Me God.

Born and raised in College Park, Georgia, he first went solo in 2007 with the mixtape Me Against the World. The 2Pac references continued with his 2009 mixtapes Trap-A-Velli and All Ice on Me, but 2010's Me Against the World 2: Codeine Withdrawal hit his style on the nose with the last bit of its title, and when DJ Teknikz and DJ Frank White collected his best street tracks in 2011, the hard and hazy set of cuts was dubbed the Codeine Cowboy mixtape. That same year he was featured on David Banner's "Yao Ming" and Big K.R.I.T.'s "Money on the Floor."

The year 2012 was major for 2 Chainz. He was featured on Kanye West's "Mercy" and Nicki Minaj's "Beez in the Trap," then released his official debut, Based on a T.R.U. Story, for Def Jam. The album featured three hits ("No Lie" featuring Drake, "Birthday Song" featuring Kanye West, and "I'm Different") and hit number one on the album charts, reaching platinum status. Other guests included Lil Wayne, Nicki Minaj, and Mike Posner, while production was handled by the likes of the-Dream and Drumma Boy. Following later announcements that 2 Chainz had been working on new material with Pharrell Williams and Drake, a sequel, B.O.A.T.S. II: Me Time, arrived in September 2013. The album featured the hits "Feds Watching" and "Where U Been." 2 Chainz was also heard on singles from B.o.B ("Headband"), Major Lazer ("Bubble Butt"), and Juicy J ("Bandz a Make Her Dance") that year. In 2016, after additional featured appearances, he released "Feel Like Cappin'" along with the album ColleGrove, a collaboration with Lil Wayne, although only 2 Chainz was credited due to label issues. By the end of the busy year, he had dropped a handful of additional mixtapes and debuted the Drake-assisted single "Big Amount." Led by the hit "Good Drank," featuring Quavo and Gucci Mane, Pretty Girls Like Trap Music, his fourth proper album for Def Jam, arrived in 2017. The album peaked at number two on the Billboard 200 and topped the R&B and Hip-Hop charts. 2 Chainz followed with appearances on tracks by Steve Aoki ("Without U"), Jeezy ("Floor Seats"), Eminem ("Chloraseptic [Remix]"), and Migos ("Too Playa"). In early 2018, he issued his fourth EP, The Play Don't Care Who Makes It (Def Jam), featuring appearances by YG and Offset. The EP proved to be a sleeper, entering the Billboard charts two years later.

Early 2019 saw 2 Chainz team up with Ariana Grande for the single "Rule the World", which appeared on the full-length Rap or Go to the League, which arrived later that March. In 2020, 2 Chainz presented No Face No Case, a showcase for his label/collective T.R.U. The mixtape included both individual performances and collaborations between 2 Chainz and the core artists on the label. Before 2020 was up, he released his sixth studio album So Help Me God, preceded by lead single "Money Maker" in August of 2020 -- its projected September release date was delayed by sample clearance issues. So Help Me God was ultimately released in November of 2020 and featured a plethora of big-name guest stars who included Lil Wayne, Kevin Gates, Kanye West, Rick Ross, Lil Uzi Vert, and many others. 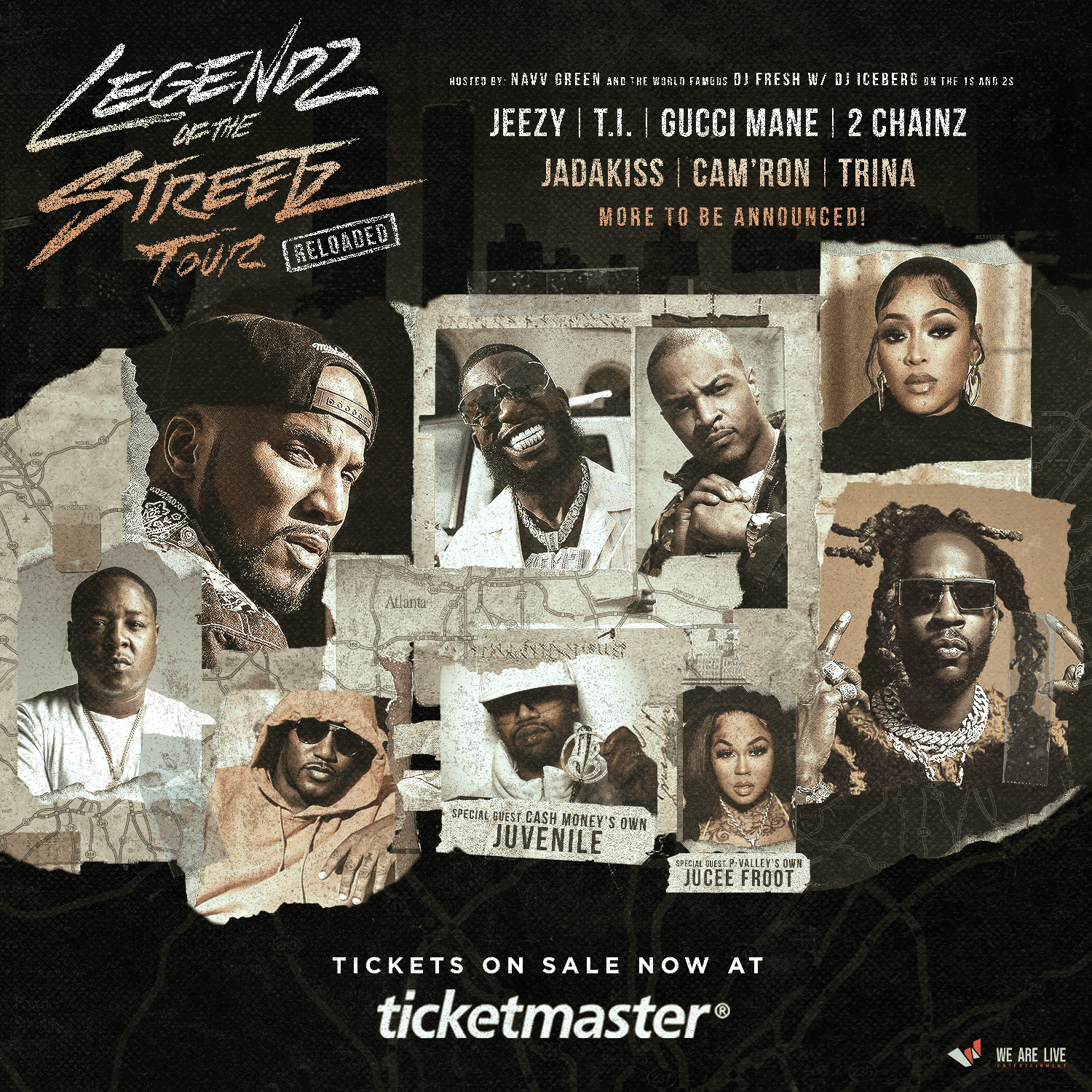